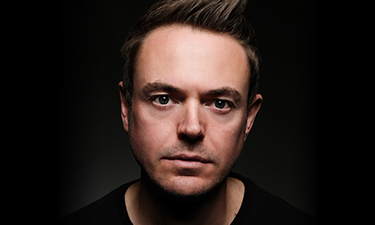 As a DJ, Andy provides the weekend soundtrack to many of the world’s most prolific parties and festivals. Ask any leading electronic musician or production and DJ following fan, which artists are synonymous with all that’s good in today and tomorrow’s scene and one of the names you’ll be given is Andy Moor.

Andy Moor is firmly cemented as one of the most highly respected in the electronic dance music industry. Proven by a career studded with numerous awards and accolades including a Grammy nomination for his remix of Delerium’s Angelicus in 2008, the titles of ‘Best Dance Record,’ at the International Dance Music Awards in 2006 and ‘Best Trance Producer’ and ‘Best Trance Track’ in 2004, persistently high rankings on the DJ Mag Top 100 and a vast and loyal following.

Andy Moor holds a reputation of being one of the most ground-breaking and definitive artists in the genre and has succeeded in crafting his own signature sound. Moor pioneered several production techniques early in his career such as vocal chops and syncopated bass lines- techniques previously unheard of that are now commonly found within trance music. The iconic Andy Moor sound is one of the most distinct and recognizable in the scene. It can best be described as finely tuned beautiful melodic soundscapes floating above prominent and clever bass lines. Andy Moor is best known for his own style of progressive trance, but to confine him to only one genre is a great injustice to his skill as a producer.

For fifteen years, Moor has remained at the forefront of a rapidly evolving music scene. His style has evolved and proven to be multi-dimensional throughout his lengthy career. He has always continued to produce with total integrity, creating music as a trance music fan for trance music fans.