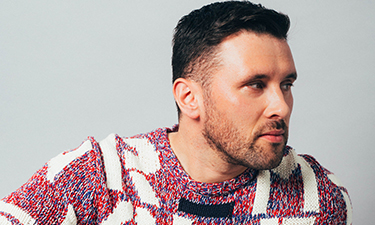 Broadcaster, DJ, label head and producer, Danny Howard lives and breathes dance music. A decade long tenure at BBC Radio 1 has positioned him as the tastemaker of a generation and an authority on the culture, the sound, and the scene. Now hosting Radio 1’s flagship Friday night show Radio 1’s Dance Party, Danny’s transition from underground champion to fully-fledged star of the station is credit to his unwavering commitment to musical discovery and a pair of the sharpest A&R ears in the business. As he embarks on his next chapter as a broadcaster and key industry figurehead, Danny continues to build on his unique legacy as a musical all-rounder.

Joining BBC Radio 1 in 2012 as one of the station’s youngest ever presenters, Danny has progressed through the ranks to become one of UK radio’s best loved hosts. In 2012 he landed his first solo show on the station, hosting Saturday night’s Dance Anthems before joining the legendary Friday night line-up alongside Annie Mac and Pete Tong in 2017. Accruing over a million listeners weekly, it was the natural next step for Danny to take over the coveted 6pm Friday slot when Annie Mac announced her departure from the show in 2021. The timing came just as the world’s longest clubbing hiatus came to a close, making a fitting window for Danny to kick off his listener’s weekends. Maintaining his Club Mix weekly slot, Danny continues to represent rising stars of the underground as well as dance music’s best loved talents.

While Danny’s broadcasting success may be what has propelled his stardom, he is first and foremost a DJ. An adept selector brimming with musical knowledge, he has landed gigs at the world’s best venues including London’s Printworks, Manchester’s Warehouse Project, Ibiza superclubs Hï and Amnesia, and across the international festival circuit. His notoriety as a creative mixer with unparalleled instinct and technical prowess paired with a voracious appetite for new house music make him one of the scene’s best loved selectors.

With a catalogue of red-hot releases under his belt across a number of major imprints including Defected’s club-focussed imprint DFTD, Saved, Moon Harbour and Anjunadeep, Danny’s abilities as a producer and remixer add another layer to his involvement within the scene. Launching his own imprint Nothing Else Matters in 2019 with the intention to profile both established names and rising stars of the house scene, the independent label has released music from Darius Syrossian, Felix Da Housecat, Lauren Lo Sung, Eli & Fur and Junior Sanchez, as well as a number of Danny’s own productions.

An integral part of the UK’s dance scene, Danny’s sky-high ambitions continue to evolve with the launch of a new YouTube show focusing on Dance Music Culture, a brand-new party/events series, and lots of new music on the agenda in the coming months.