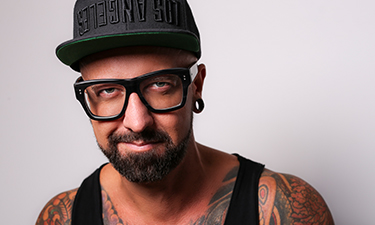 Scott “Scotty Boy” Schroer is a veteran DJ/Producer with over 25 years in the music scene under his belt.

Scott Schroer a.k.a. Scotty Boy is a veteran DJ and producer with over 25 years in the music scene under his belt. Making a name for himself as a resident DJ in Las Vegas playing alongside every big name in the industry since the early 2000s, Scotty Boy is now doing what he loves most: making house music and playing for crowds around the world. After having 2 #1 Billboard Dance hits in 2014 with “Shiny Disco Balls,” then is 2017 with “You’re Not Alone,” Scotty Boy has gone on to release dozens of chart-topping singles and remixes showing his diversity and love for dance music. 2016 started a new chapter for Scotty Boy with a bunch of new original songs set to be released in early spring with his fresh new sound of mixing deep and tech house, nu-disco and future house remakes of dance classics. Keep up with him on social media for all the latest releases and tour dates.